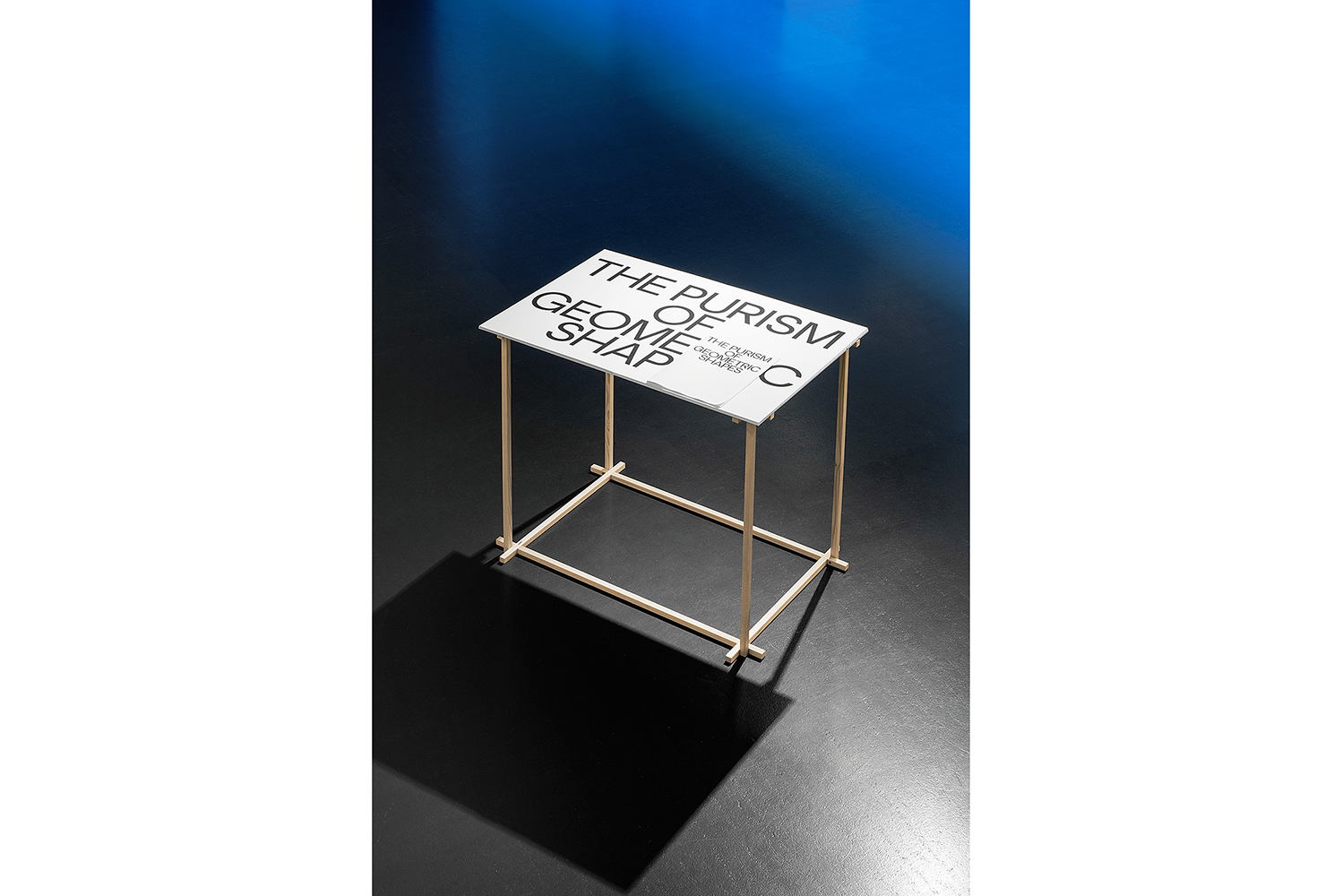 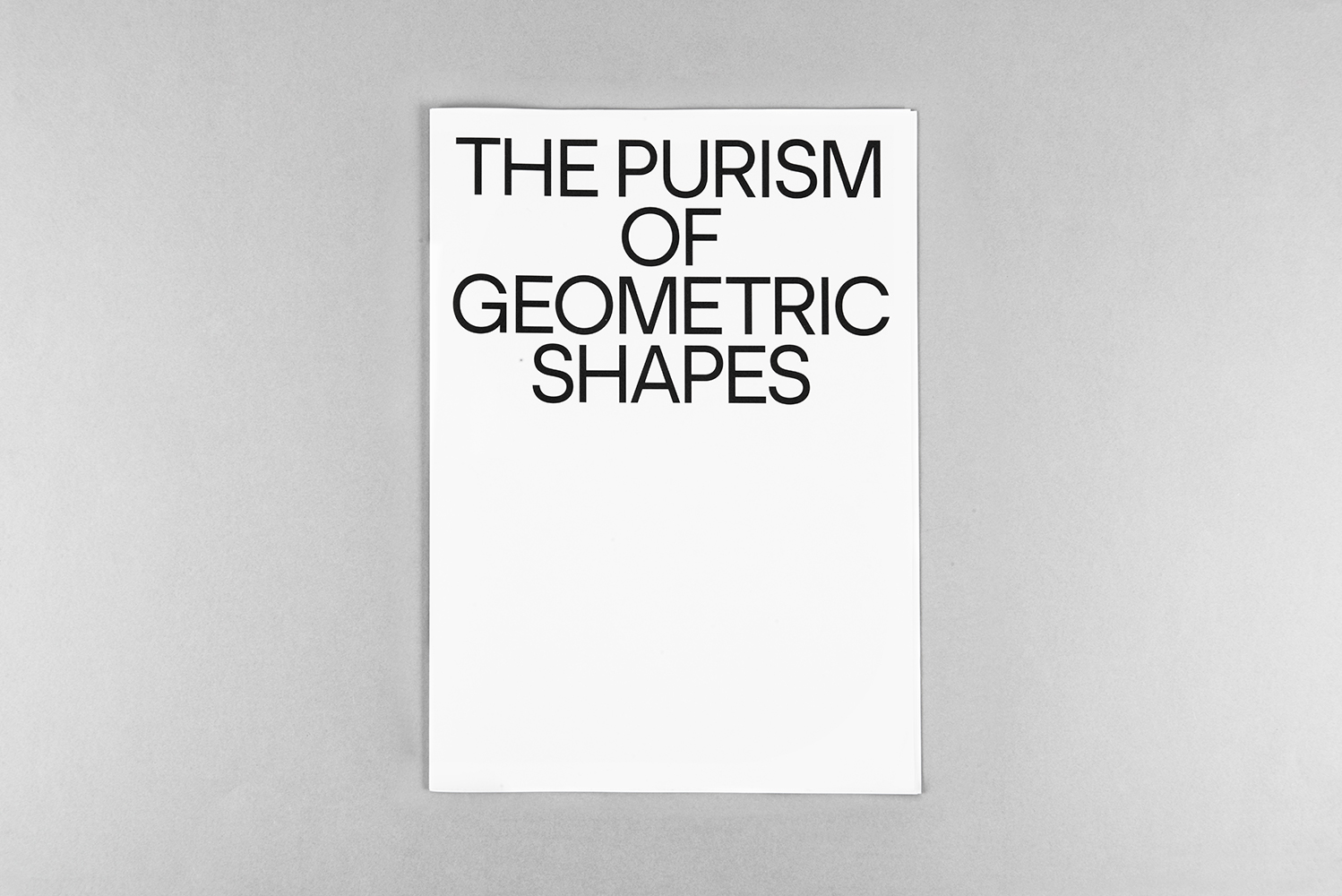 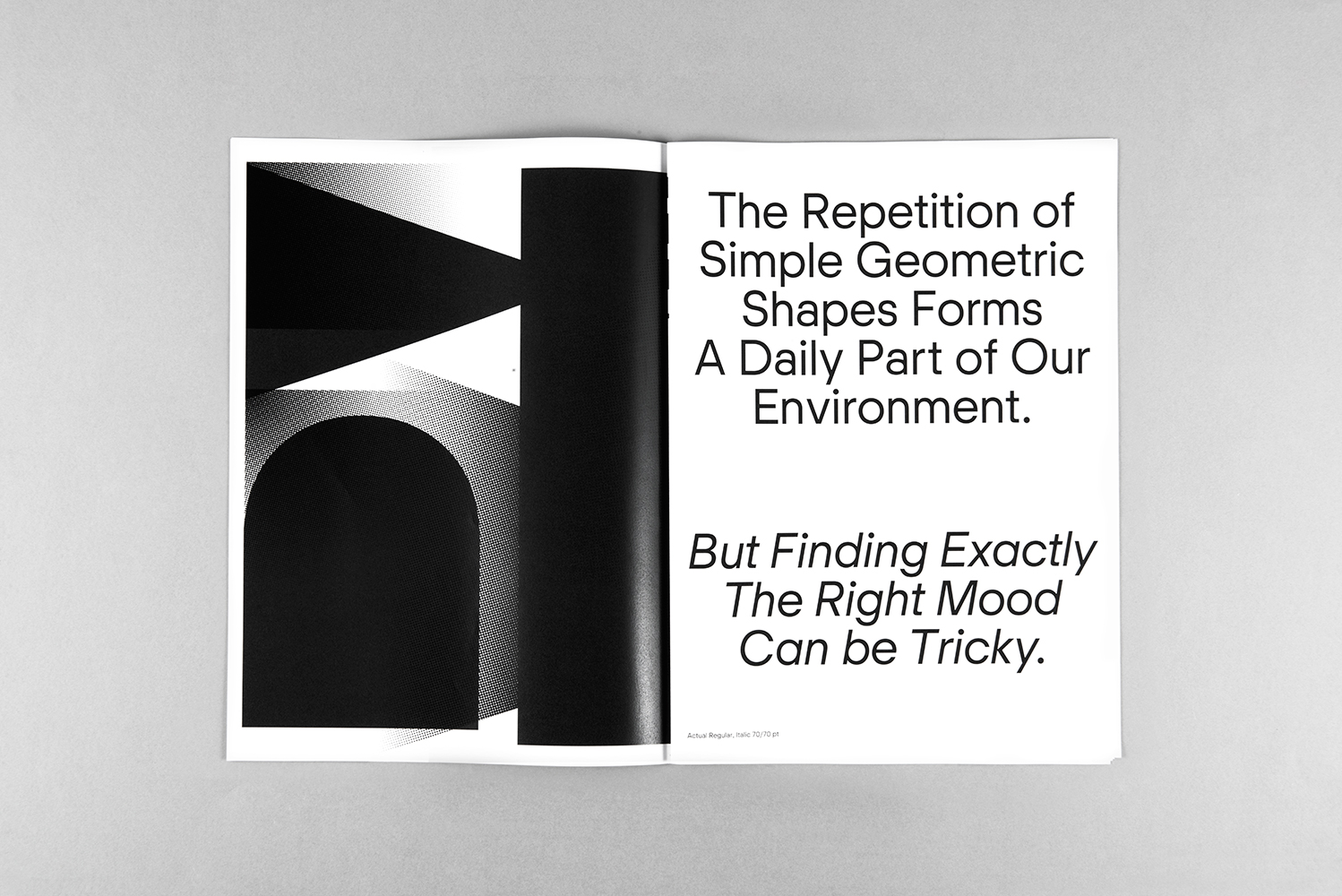 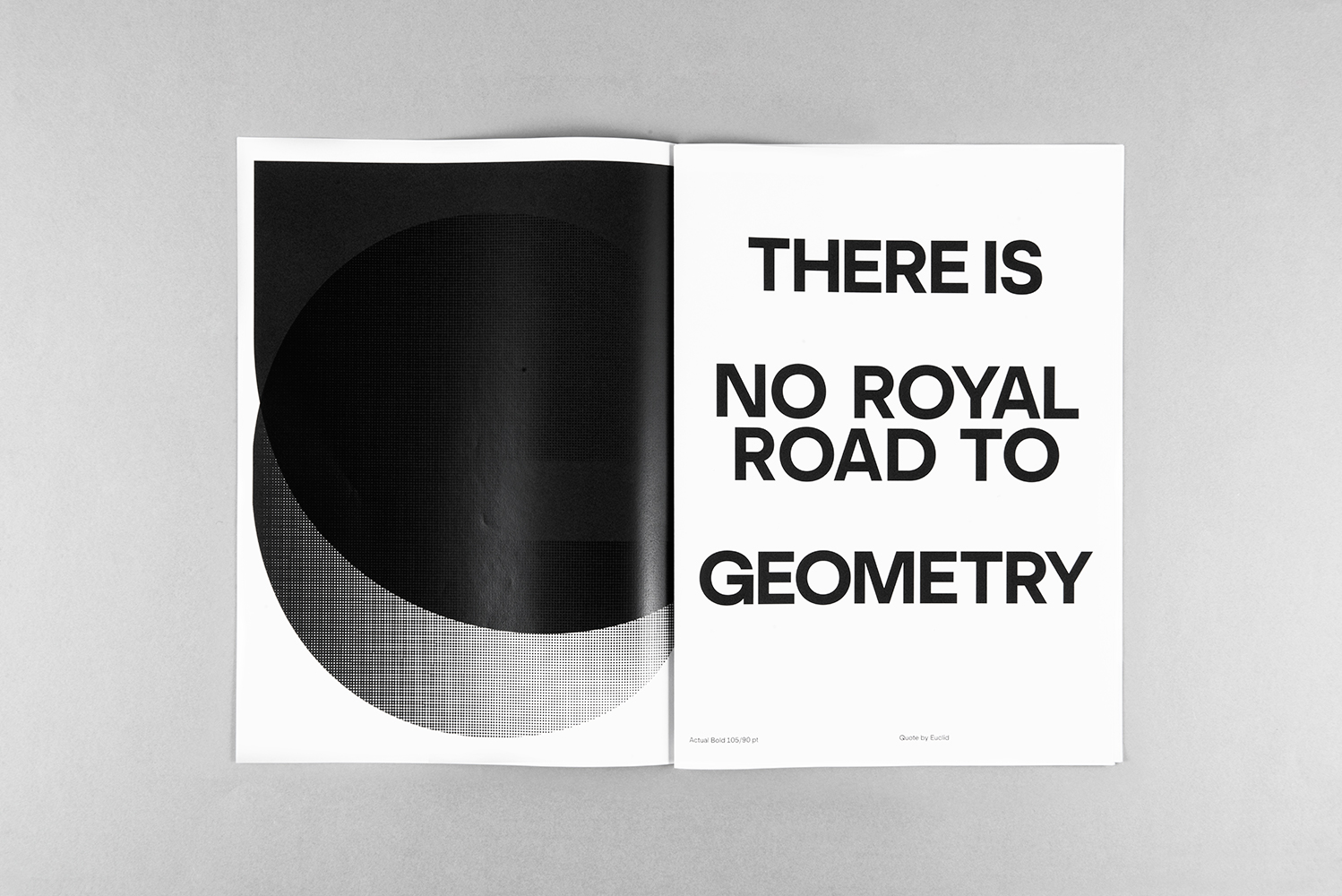 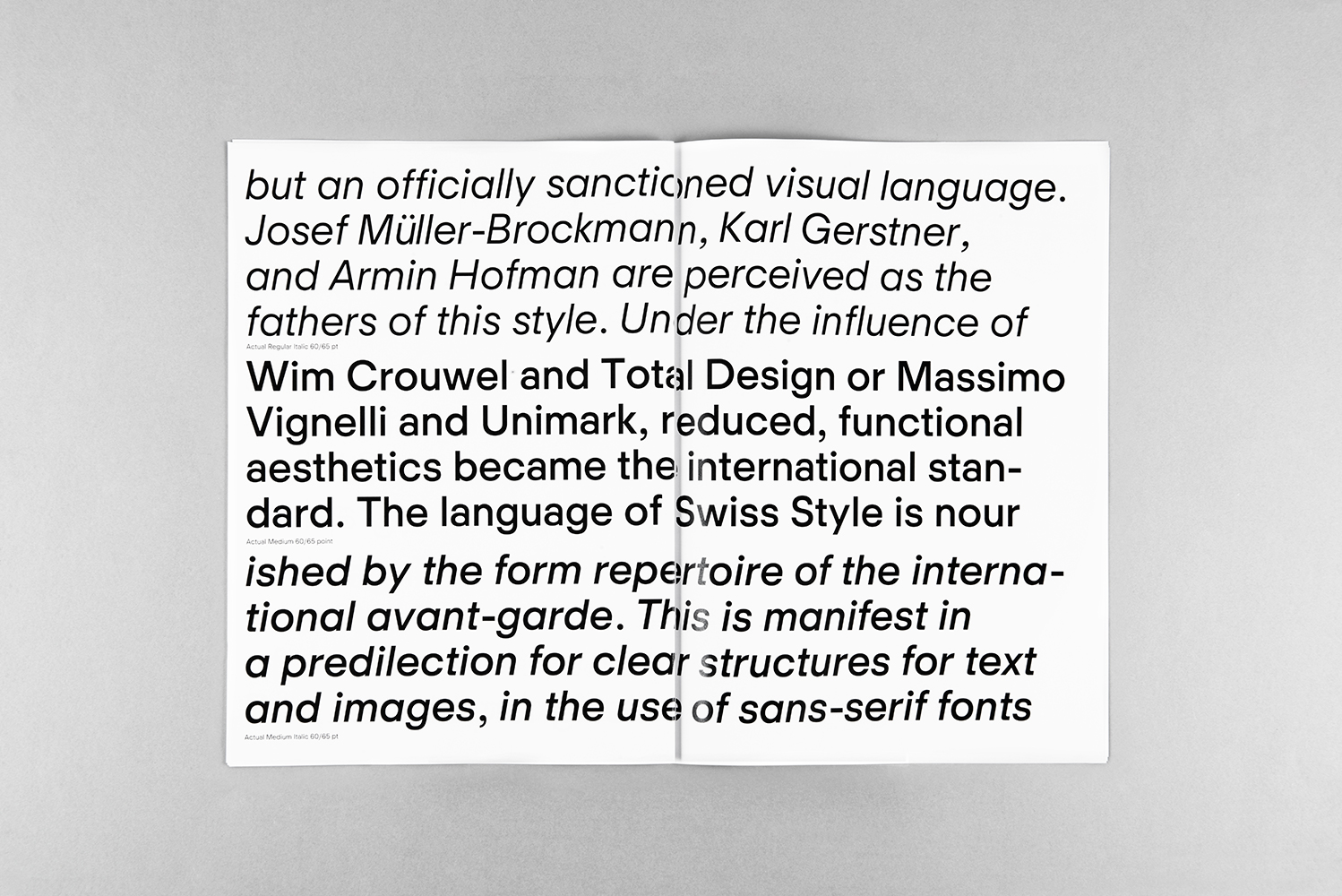 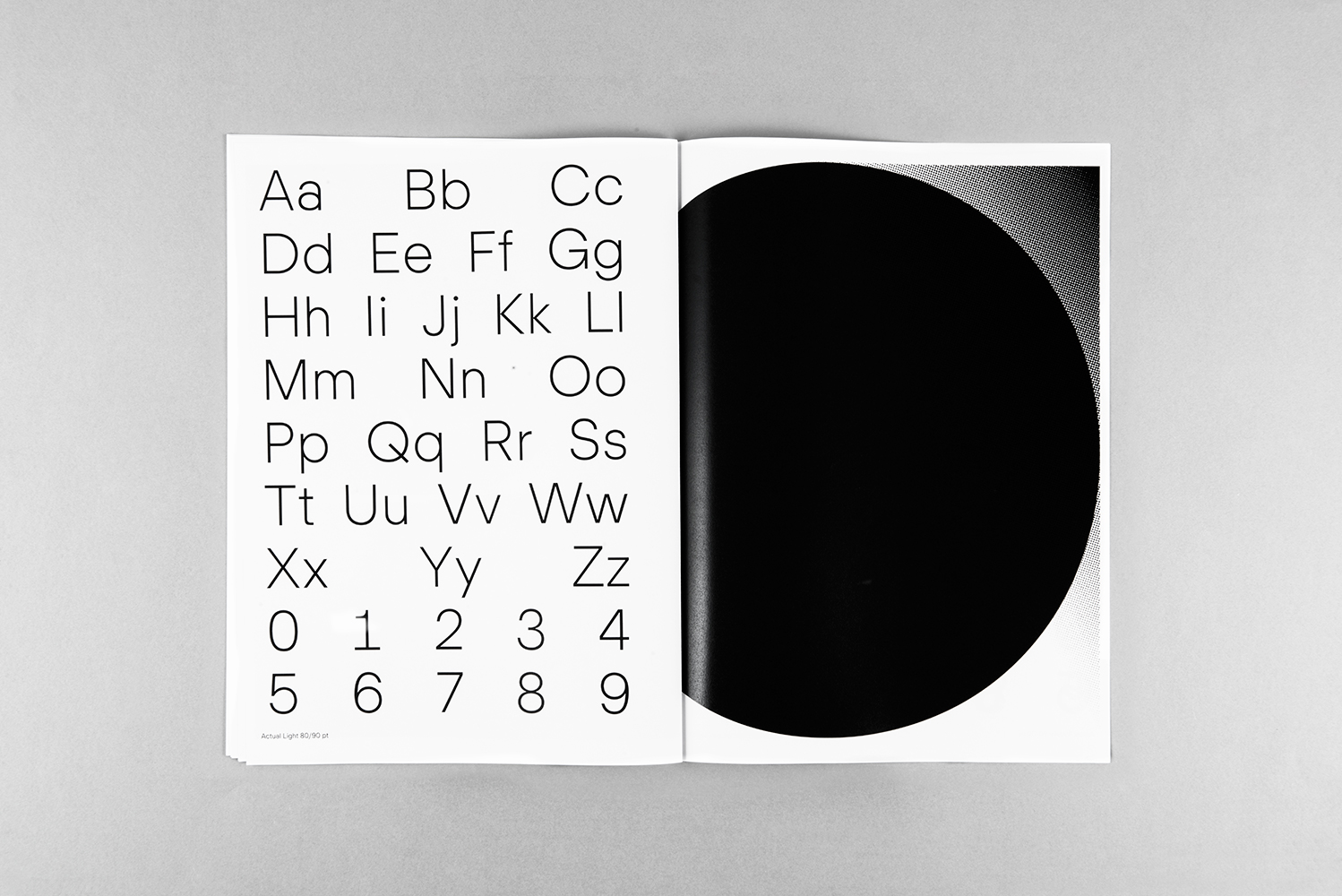 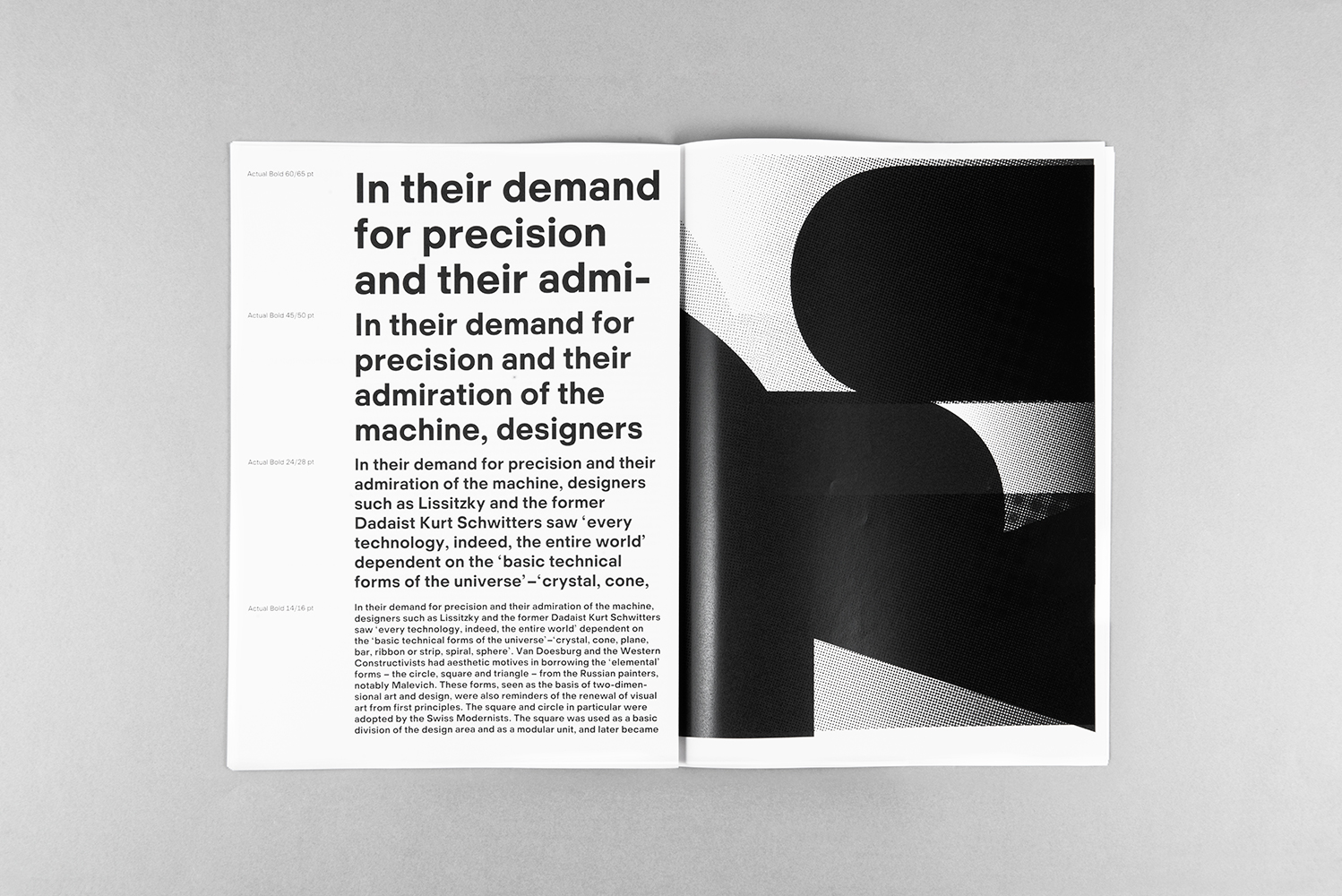 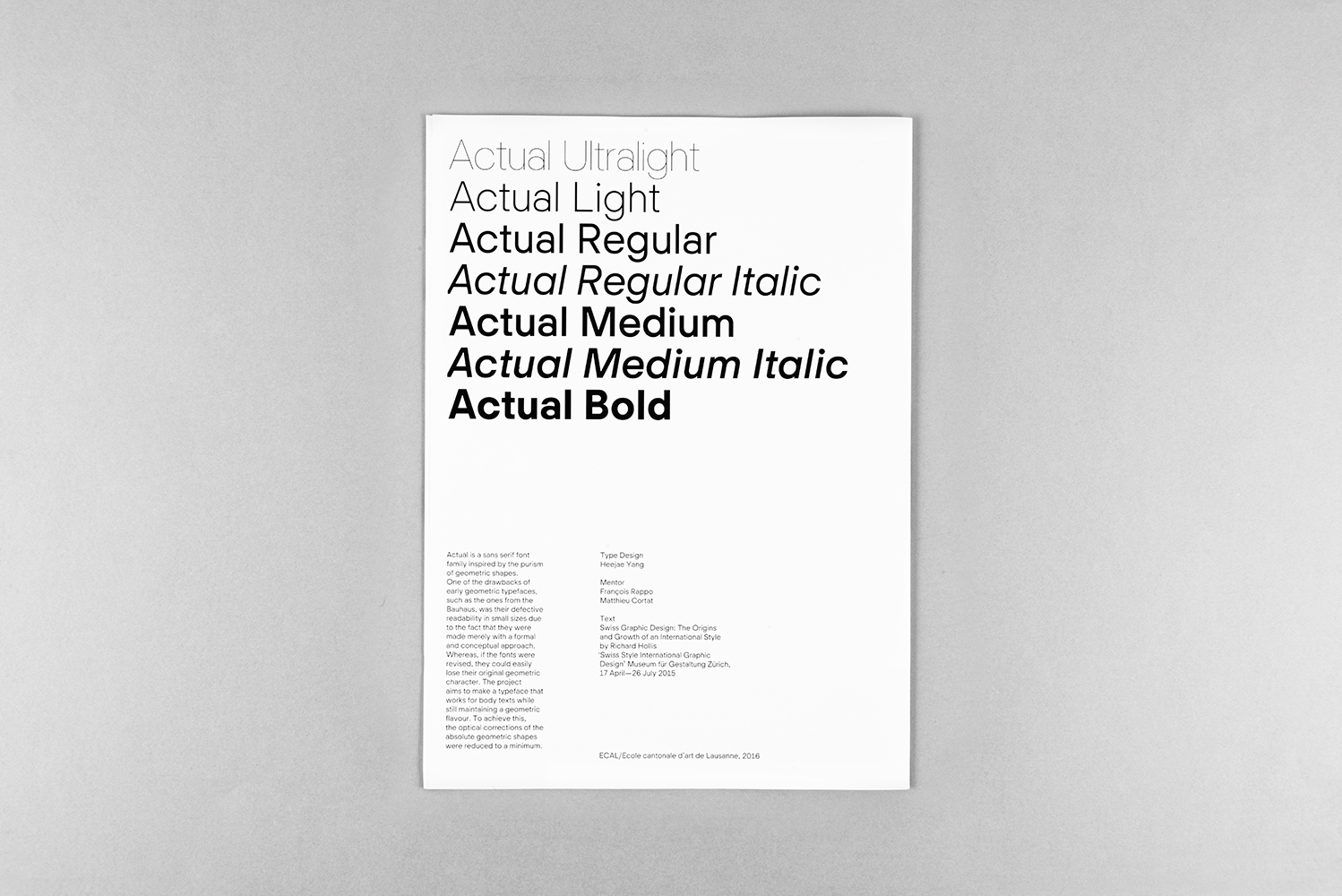 Actual is a sans serif font family inspired by the purism of geometric shapes. One of the drawbacks of early geometric typefaces, such as the ones from the Bauhaus, was their defective readability in small sizes due to the fact that they were made merely with a formal and conceptual approach. Whereas, if the fonts were revised, they could easily lose their original geometric character. The project aims to make a typeface that works for body texts while still maintaining a geometric flavour. To achieve this, the optical corrections of the absolute geometric shapes were reduced to a minimum.