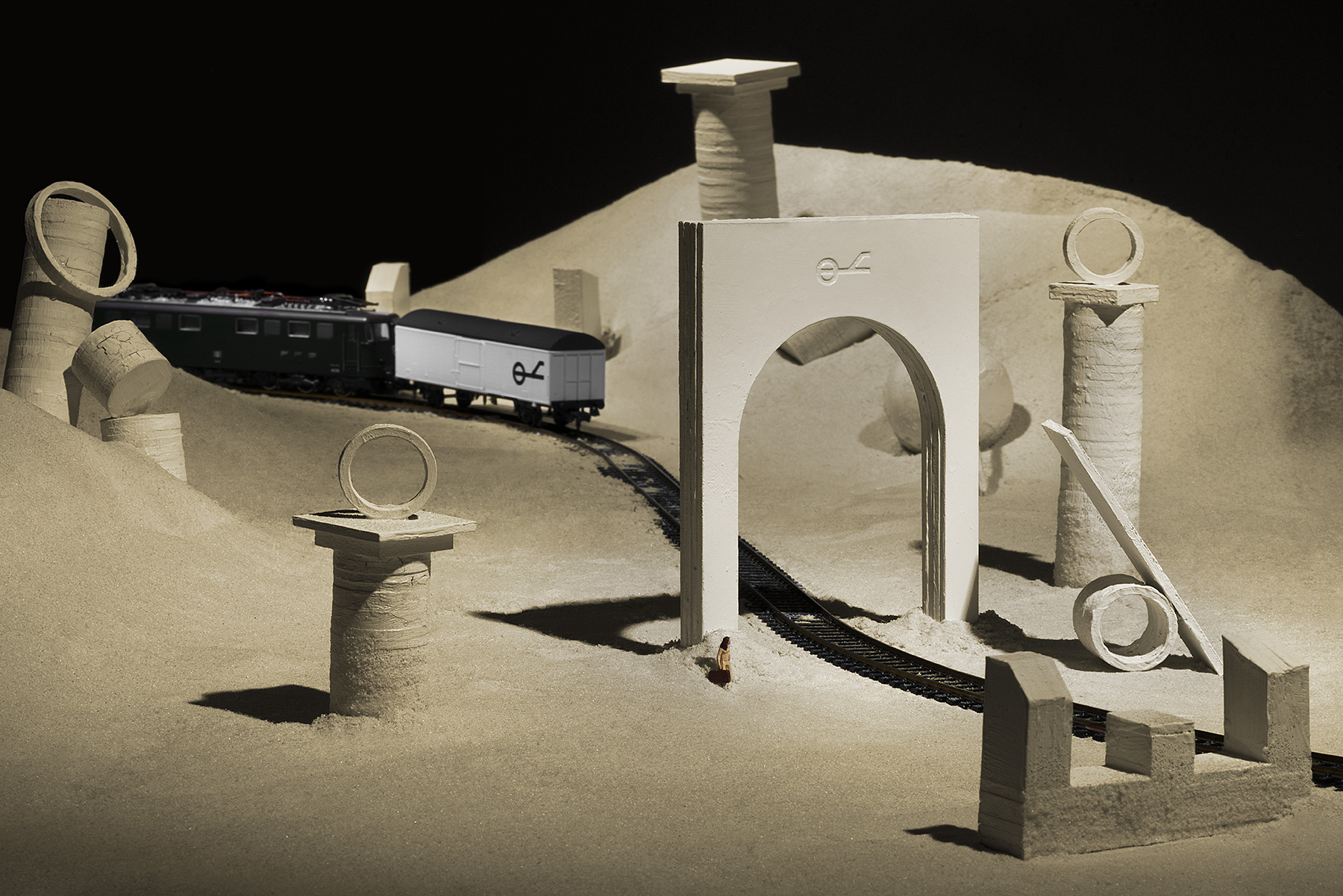 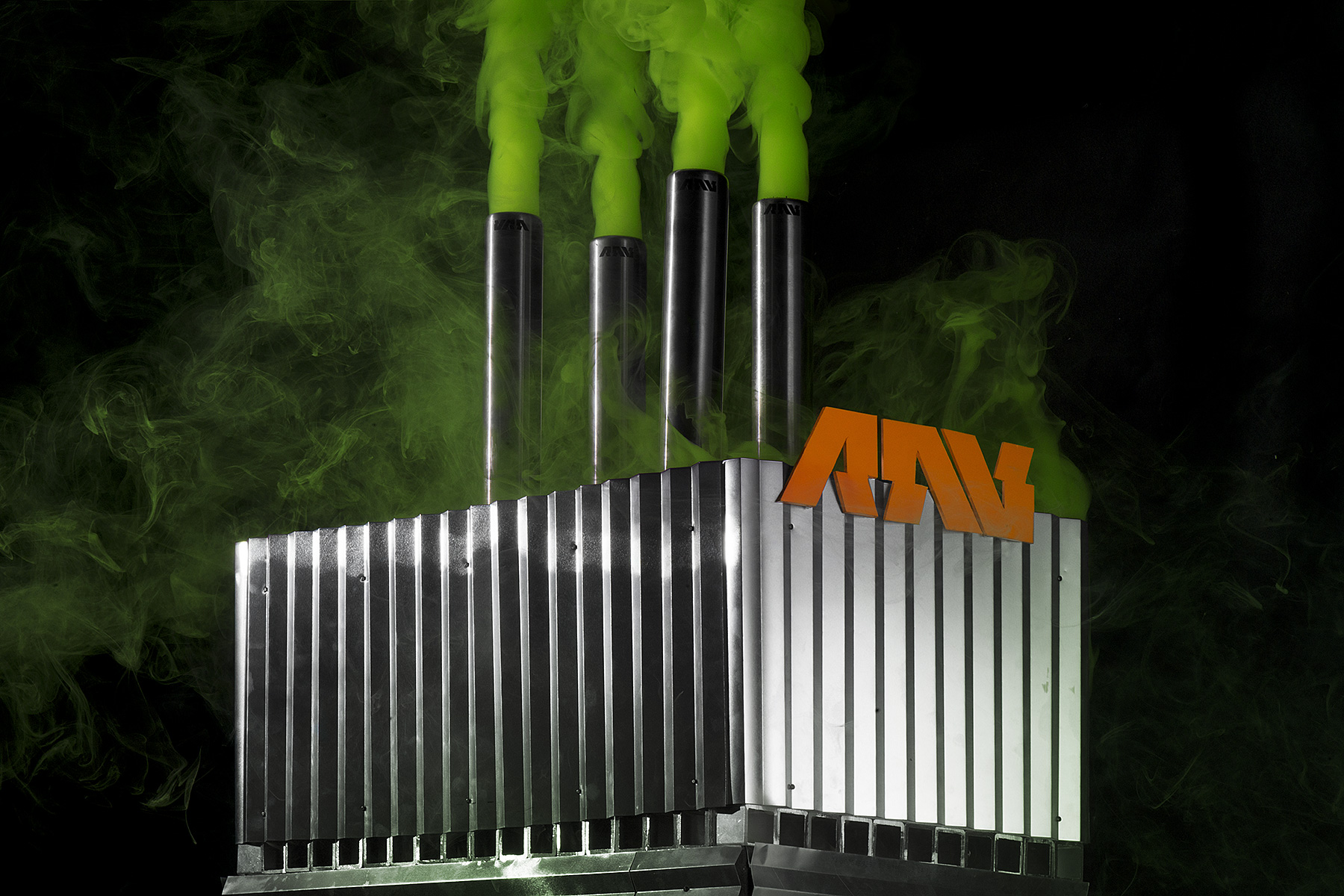 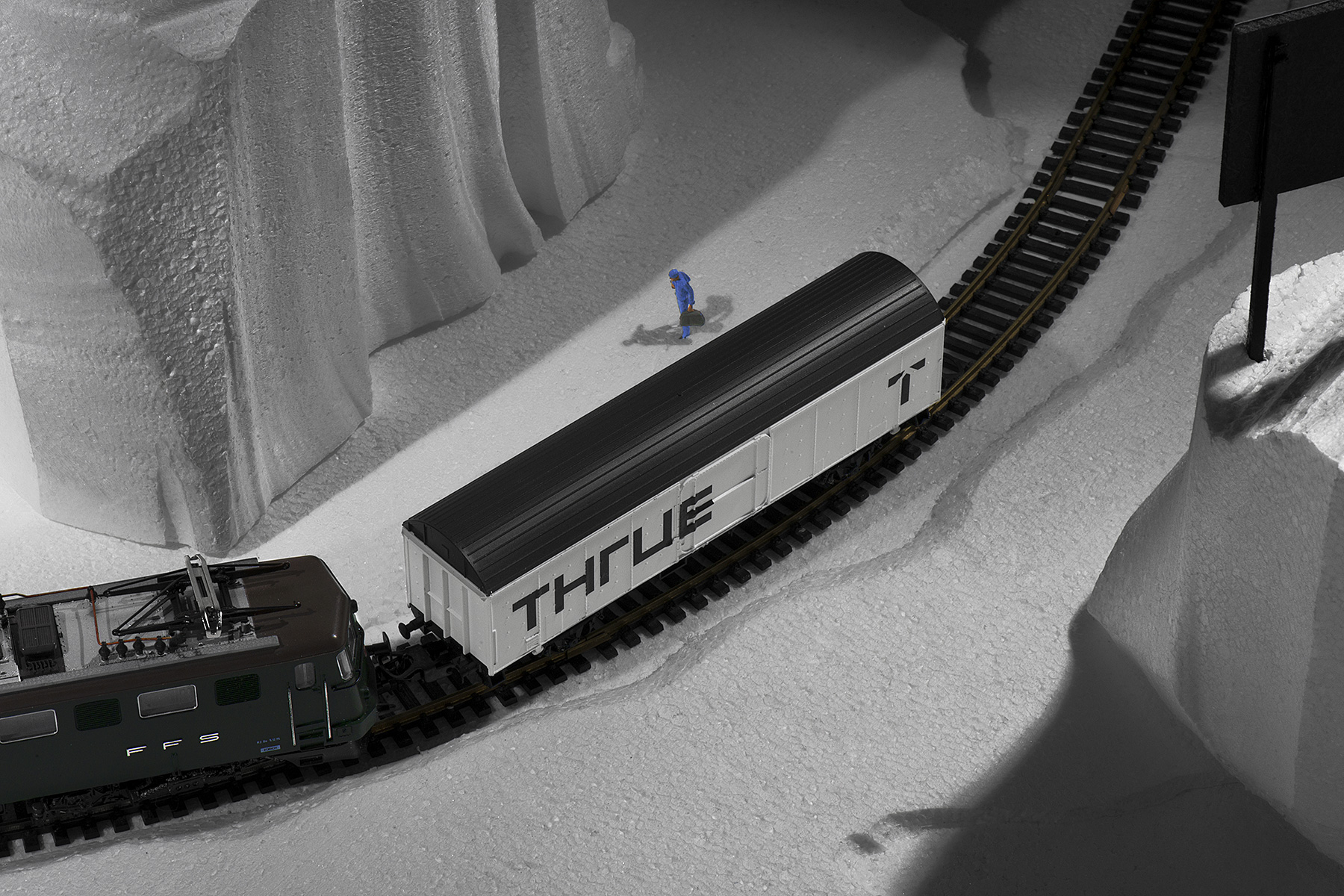 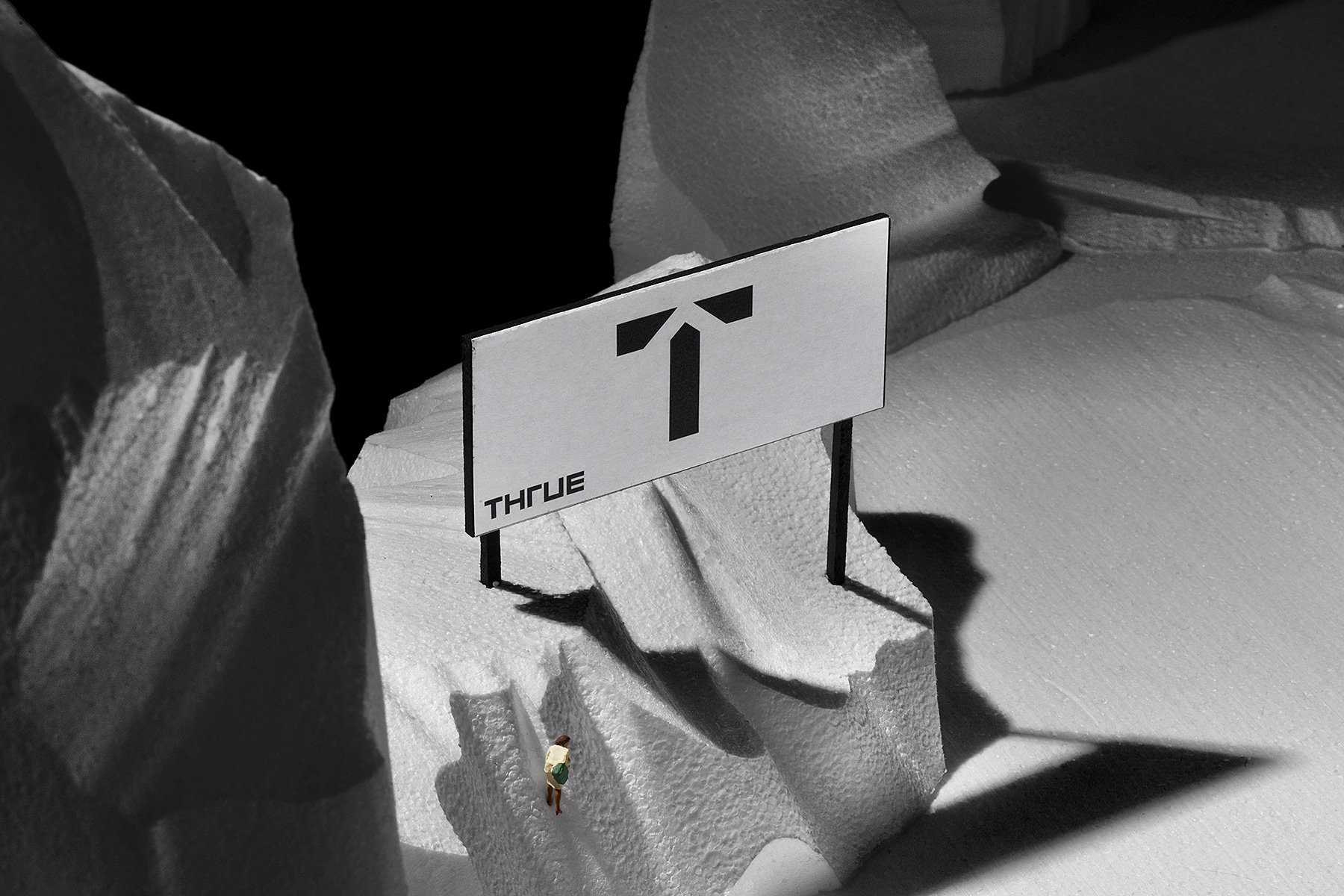 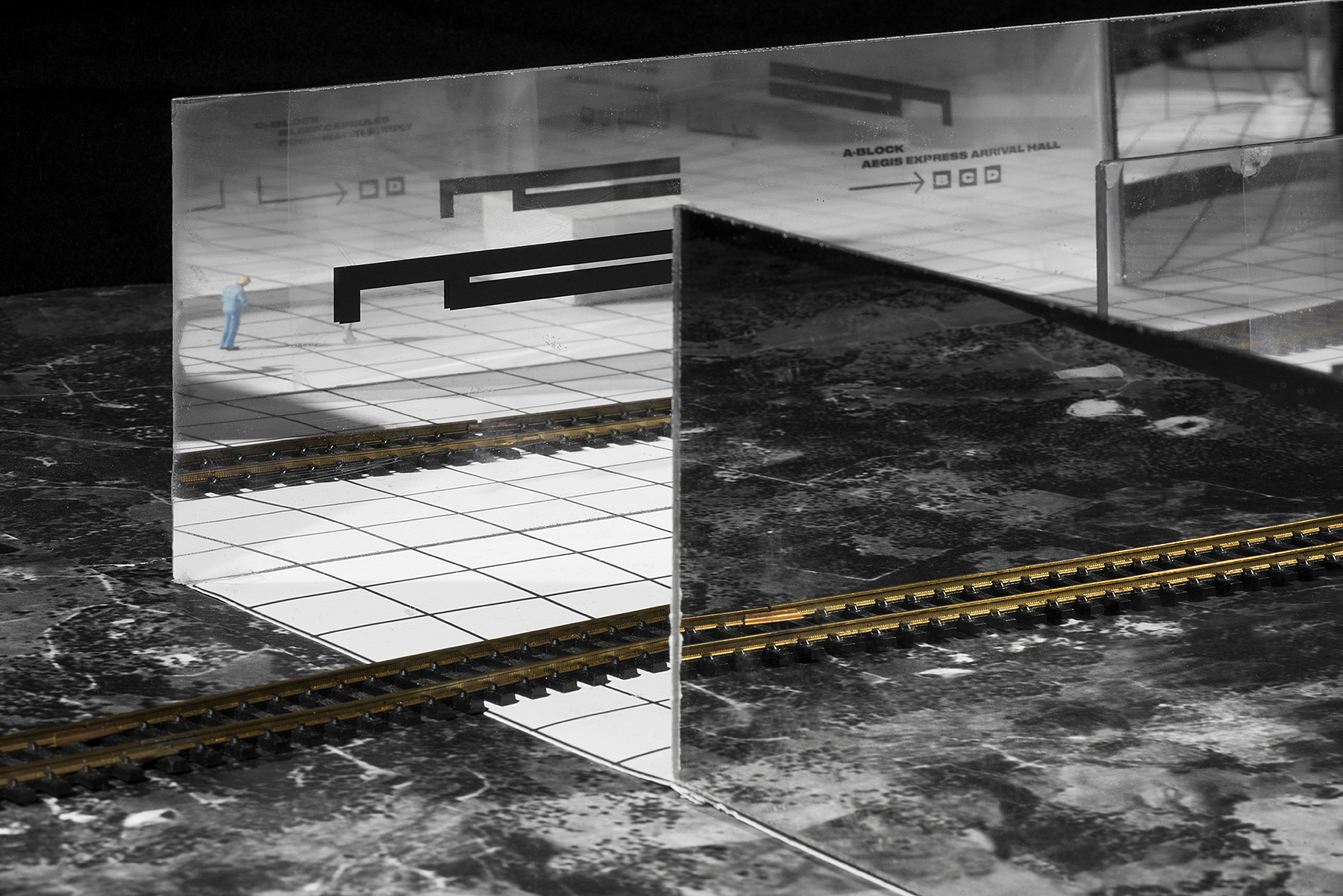 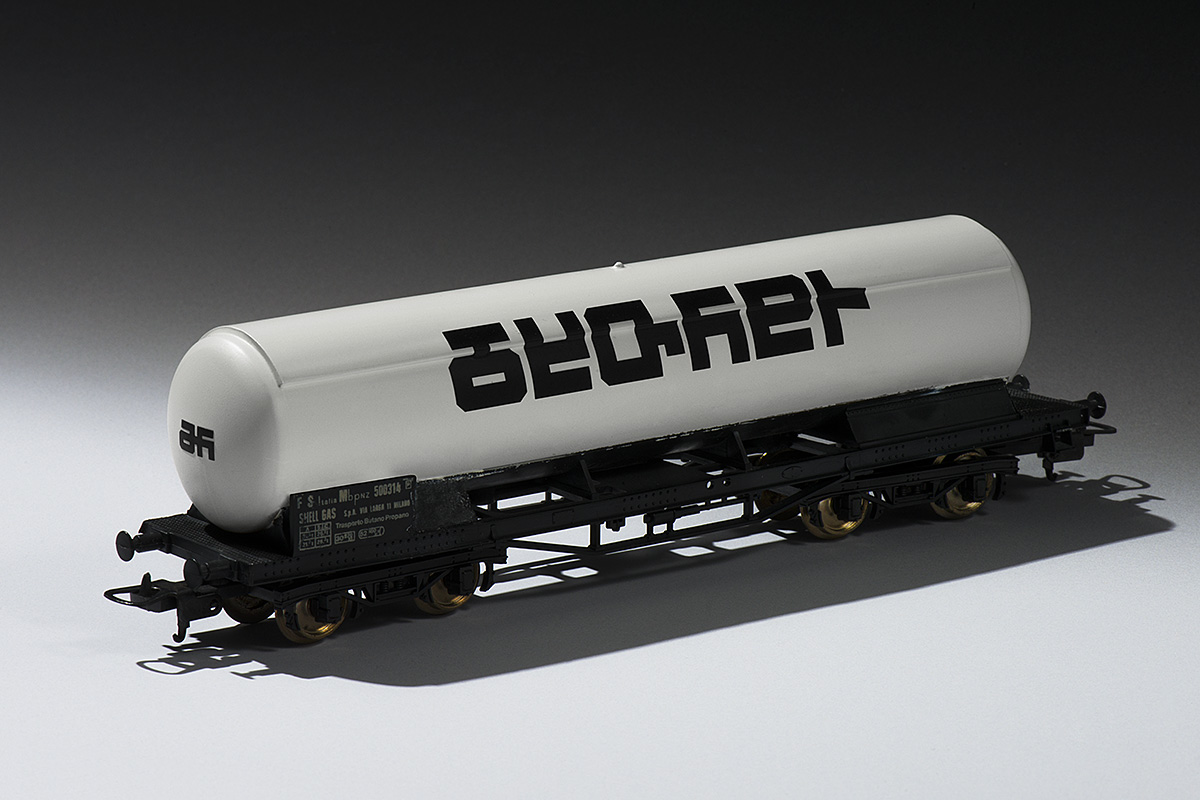 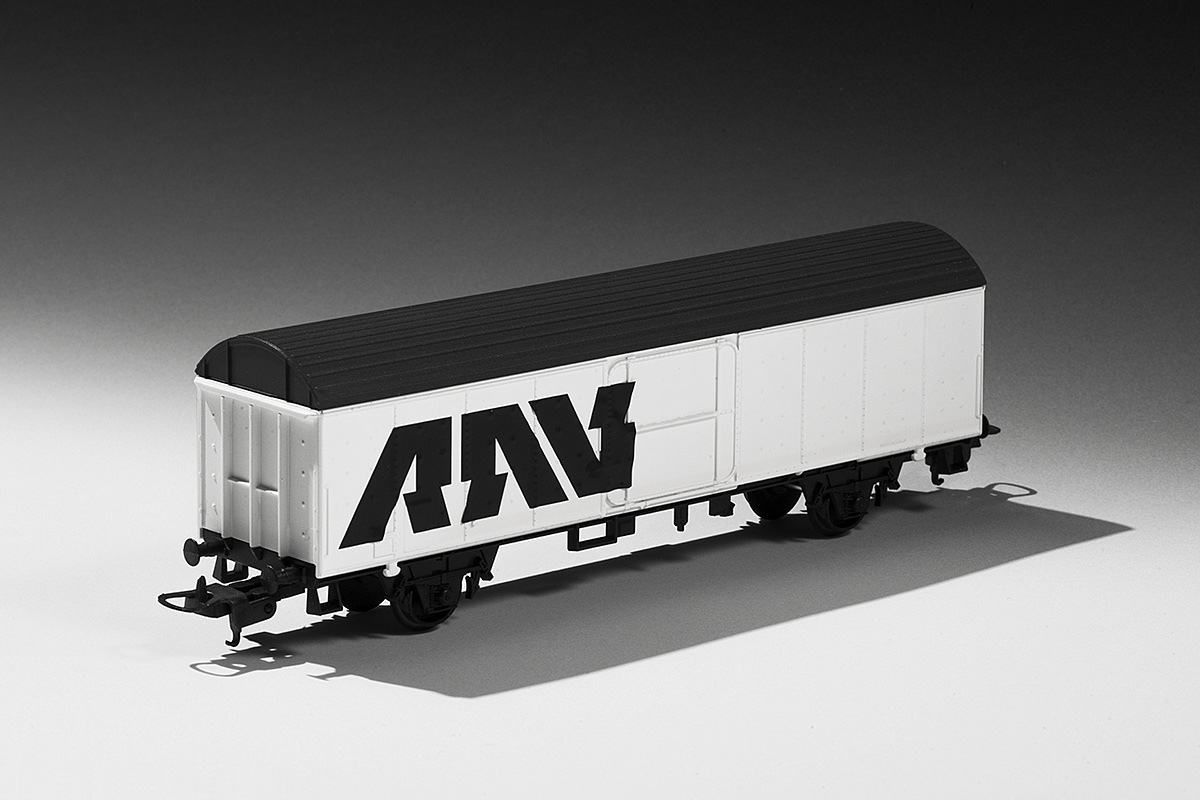 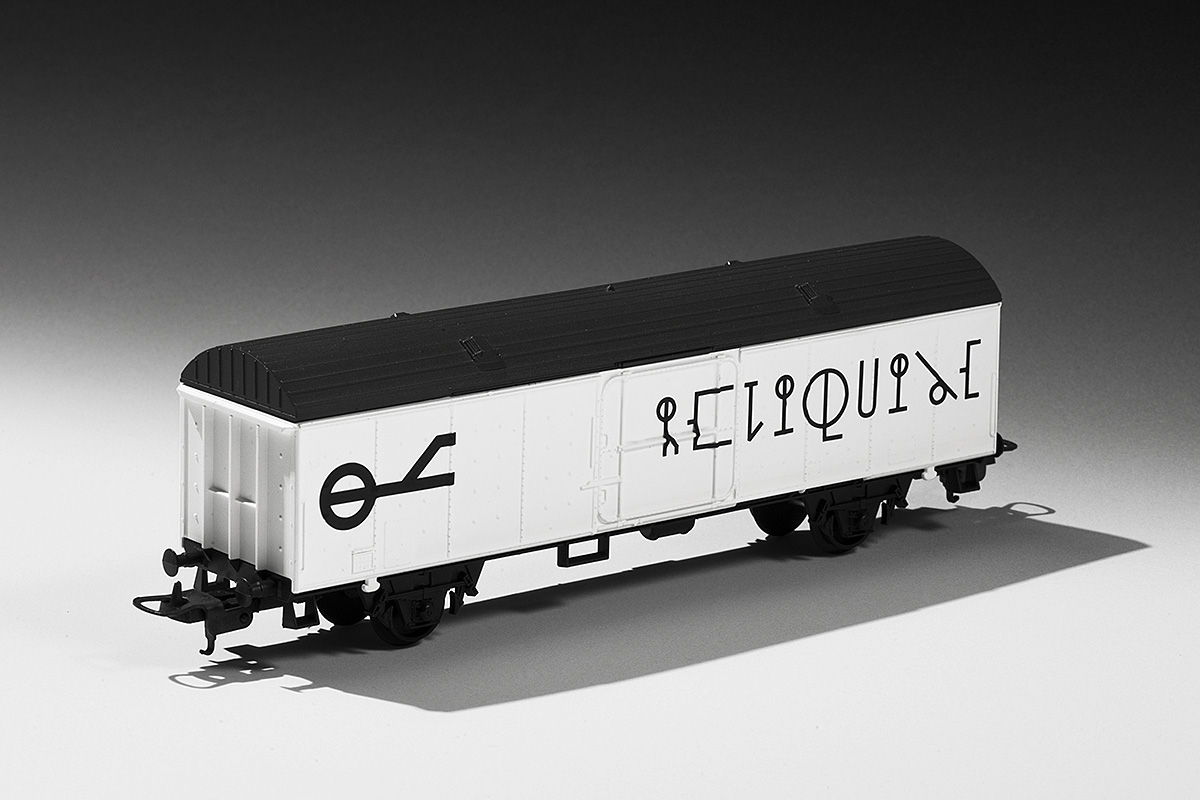 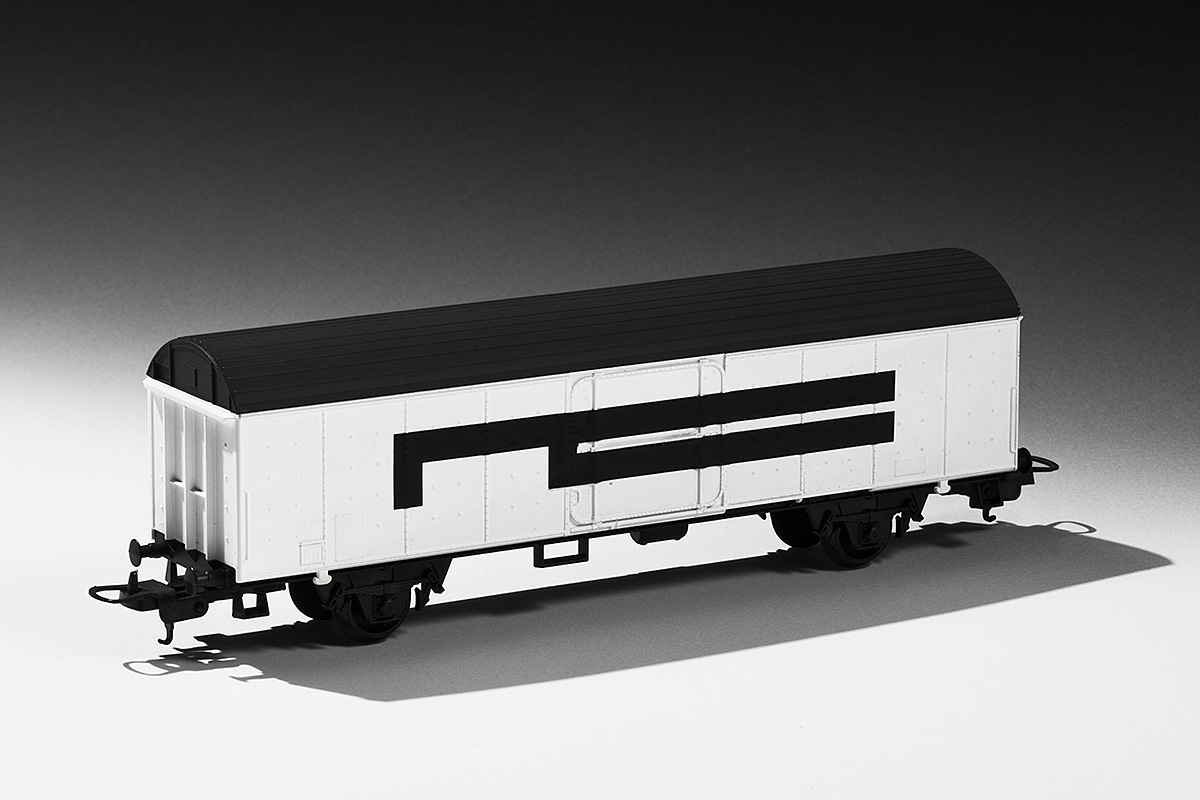 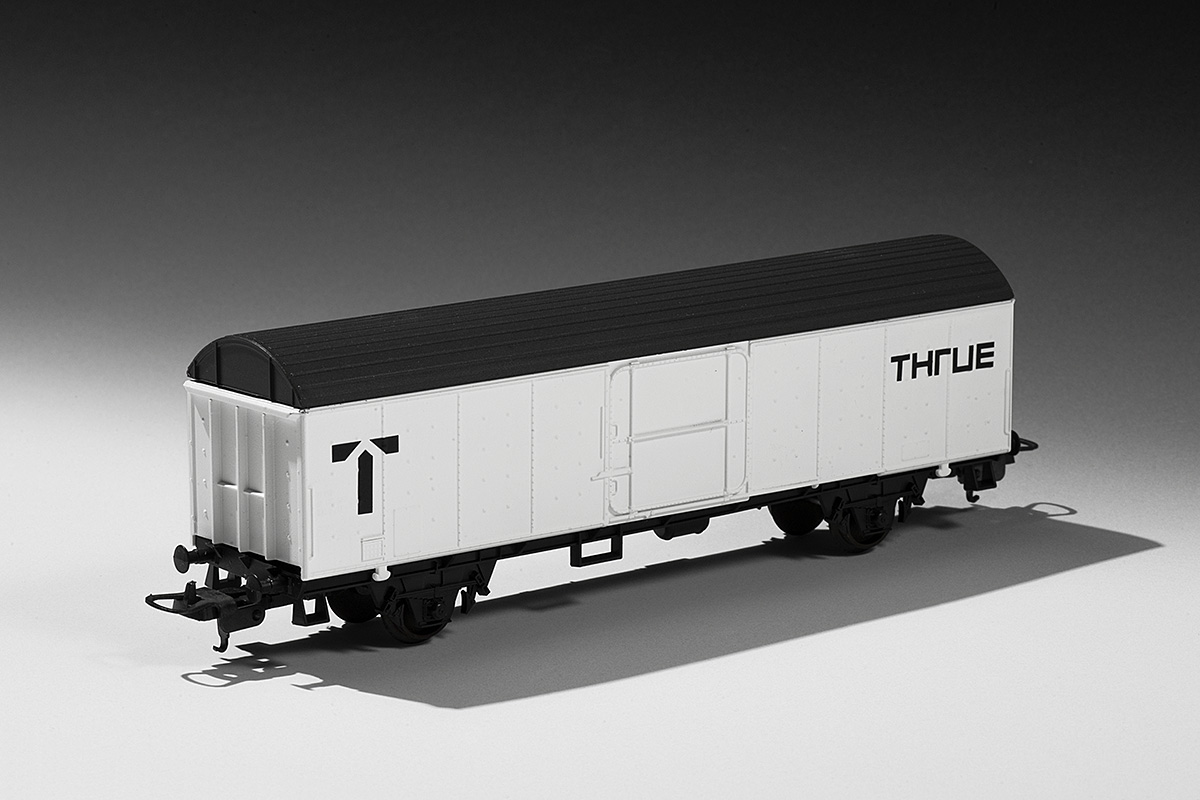 In November 2015 the first year students of Master in Art Direction took part in a week-long workshop led by Yorgo Tloupas, Paris-based art director and designer.

The workshop focused on identity development on a scale that encompassed two and three dimensional installations. The engagement was to build a “miniature world” which progressed into the creation of four fictional environments connected by a miniature train.

The concept for each miniature world encapsulated its own language and logo, thus contributing to form a micro-local visual identity. Emphasis on scenography, envisioned the construction of specific microcosmoses as set designed habitats integrating the graphic language and its photographic purpose. Additionally, a specialized mission was to design a typeface to unify the diversities of each project under a common aesthetic, eventually creating a complete environment.

The installation was the centerpiece of the workshop, which was documented through photography, video and a public showcase, which took place on November 27th in the MAAD workspace.